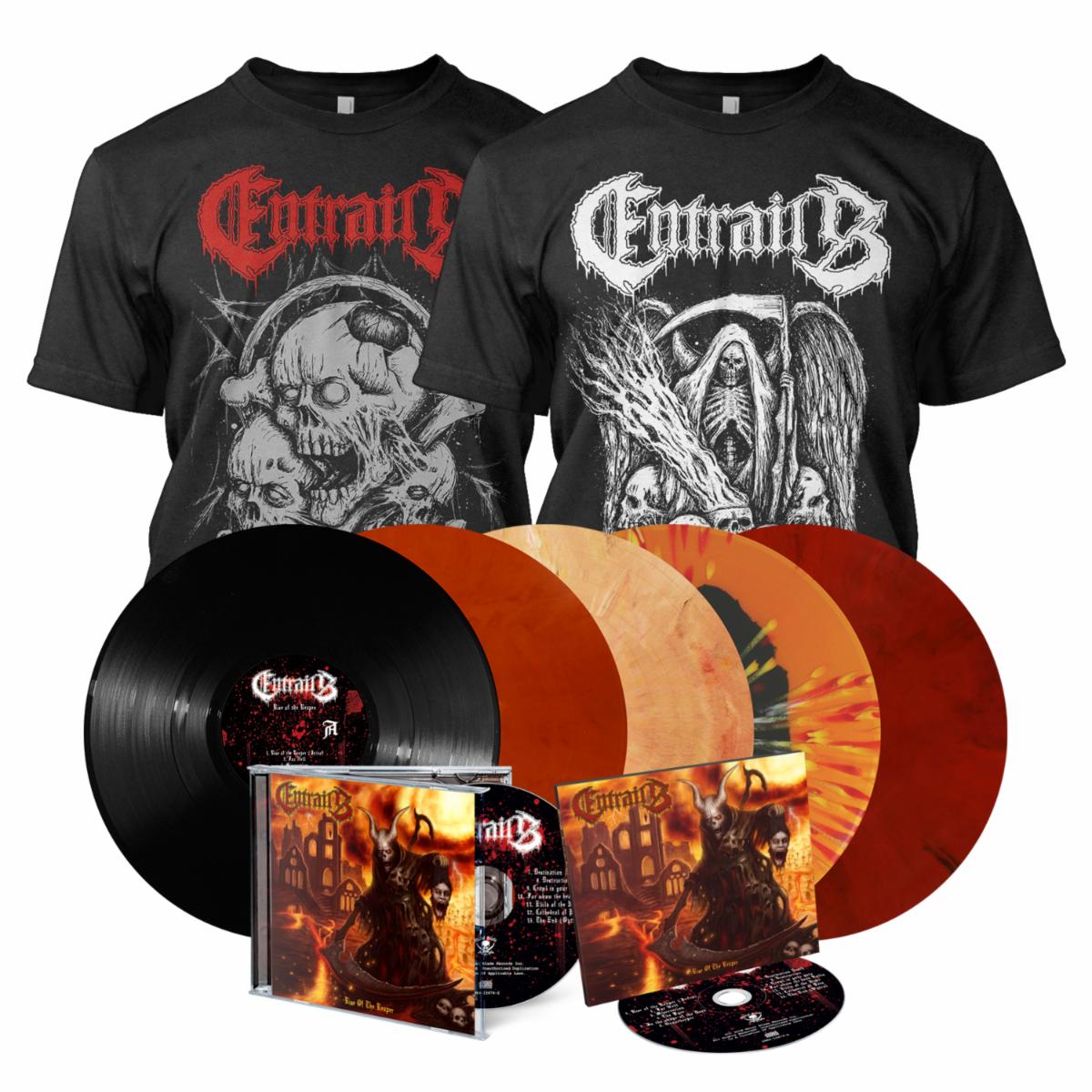 Entrails formed in 1990/91. Their goal was to follow the scene that Stockholm brought to light around the time with bands like Dismember, Entombed, Grave and many more that cemented the brilliant Swedish death metal sound from T. Skogsberg’s Sunlight studio.

For their latest opus, Rise Of The Reaper, Marc from Art Wars media design created the cover art and layout, while Dan Swanö handled mixing and mastering duties. Dan brought back the massive wall of sound that Entrails is known for. Fans can expect another classic album from the group, with touring to follow in late 2019 and beyond!